Can You Escape In 60 Minutes?

Escape rooms have become one of the more popular entertainment options in the United States in the last few years. Many people living or visiting New York City (NYC) are interested in visiting an escape room NYC and would like to find out the best escape room in the city. Review sites like TripAdvisor for travel and 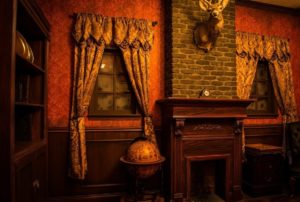 Why an escape room in NYC can be fun?

There are multiple reasons why Mission Games is considered the top-rated escape room in New York. They have multiple new escape rooms with different stories and new escape rooms will be added in the future so that customers can choose from more options. Some of the rooms are based on End of the day’s theme, in which the players have to collaborate with each other to create a special object within one hour, to prevent an apocalypse. The other game involves Escape the Hyde-out, and is based on the mystery of Henry Jekyll, the doctor who is missing, and solving the mystery of the strange occurrences.

The new escape room experience for the players depends to a large extent on the storytelling, and mission games have ensured that the story is a fun experience. The room is designed so that it uses technology very well to make playing the game a memorable experience. The puzzles are designed with the right level of difficulty to mentally stimulate the players, and make it possible to solve the puzzles, to get the clues required for escaping the room. The team members are encouraged to collaborate with each other and communicate to get the answers they would require to escape the room.

Mission Escape Rooms are the best in N.Y.C.

Another factor which should be considered while evaluating the escape room is the comfort level and safety. The escape rooms are usually darkened to create the required ambiance, and the other players may be strangers. The escape rooms of Mission Games are designed so that the players are comfortable as they solve the puzzles and look for clues. A number of escape rooms have been closed because they do not conform to fire safety norms. However, Mission Games takes pride in offering high-quality rooms, and there is an emergency exit, which the players can use to exit the room if required. All this makes the Mission Games escape rooms the best in New York.