Escape Games NYC – While most people enjoying playing video and similar games, the options available to players while playing these games remains 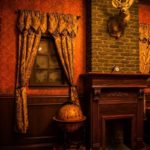 limited. This is because most of these games, the activities of the players are limited by the software. Hence increasingly those who enjoy playing games, are interested in real-life games where they are not limited by the software or programmer in finding out a solution to the problem. Hence increasingly adventure and puzzle lovers are interested in playing real-life, at a location in or close to New York City, where the players have one hour to find a solution to puzzle and escape the room.

Top Games In The Big Apple

The escape games in New York City are held in the mission escape rooms at W37th street close to Times Square. The players are locked in a room with others and are expected to solve various puzzles and search for information so that they get the information they require to escape the room. One of the major constraints while playing escape games is the time available. The players are expected to finish solving all the puzzles and queries within sixty minutes to escape the room. Even if they have not been able to solve the puzzle within the specified time, they should not be worried, since it is only a game.

The number of players in the room while playing escape games may vary between six to eight, depending on the game. The games which are usually played are public games, where the players have usually not interacted with each other earlier. This gives the players an opportunity to make new friends. In some cases, the player may not be interested in playing with strangers, so they can play a private game with their friends, family members or office colleagues. For a game, the player is usually charged a fixed amount, typically $30 for each game he is participating in.

The new escape room games are based on different stories like the End of Days and Mystery of Henry Jekyll. The End of Days is based on the story of how the earth will face an apocalypse and 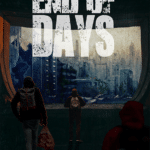 get destroyed if a special object is not found. The players have reached the creator’s workshop, yet they have to complete the special object within one hour. How they solve a puzzle, find clues to create the object, forms one of the games. The other game is based on the story Dr. Jekyll and Mr. Hyde, the mysterious disappearance of Dr. Jekyll, and chaos in the town caused by an unidentified person.

Though it is recommended that the players make reservations, walk-in customers are also welcome. Players can choose between various levels of the game, like a beginner, intermediate and advanced, depending on their skill levels and puzzle-solving ability. To make it an interesting and fun experience, the room will have relevant special effects, including sound and lighting effects. The escape rooms have hosts who will guide the players and provide any information they require. Almost all the customers who have played the escape games have enjoyed the games and are looking forward to playing the games again. Hence these escape games are highly recommended.